Naughty Raven participates in marches and events because they really matter. What’s happened since Trump became President is destructive to our democracy. We the People need to make that clear. Sometimes the news media attends these events and takes pictures or asks questions about the artwork. We would like to thank and recognize them here because the important work they do is not fake news:

On this dark day in American History, six scheming fundamentalist creeps on the US Supreme Court overturned Roe v. Wade, reducing ALL American females to second class citizens. A defiant Naughty Raven headed up to San Francisco and landed smack in the middle of the vociferous protest for over an hour. Here, Zuzu Gehrman, an 18 year old rape survivor, chants loudly for her sister and “all the other people with a uterus out there that got their bodily autonomy revoked” next to Naughty Raven’s banner. 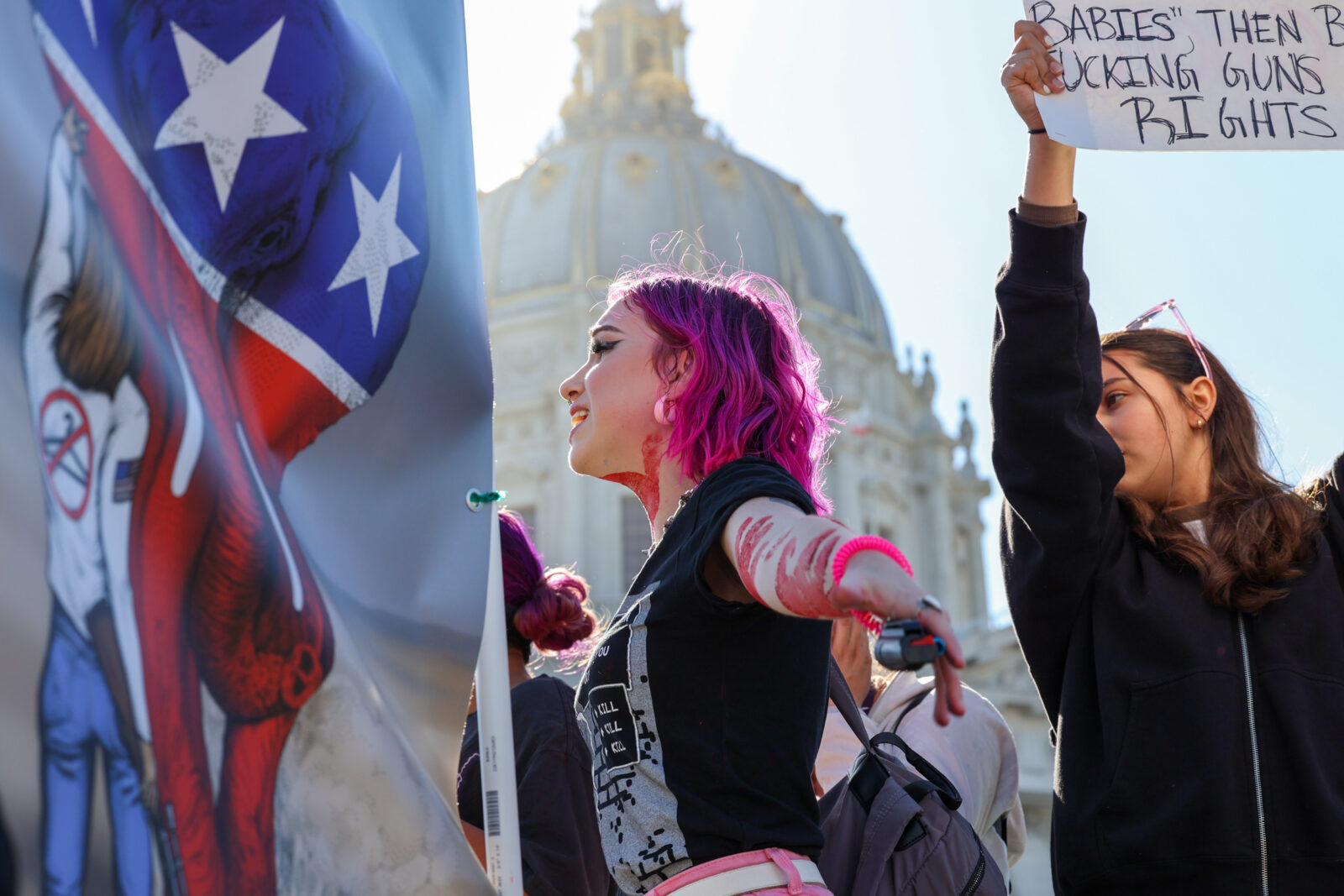 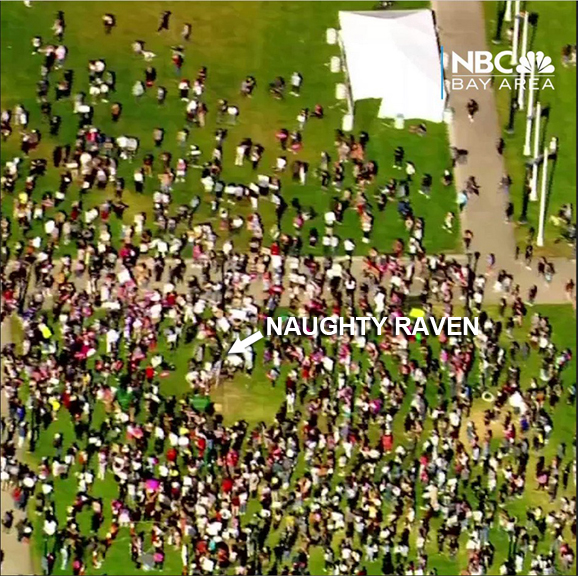 You can lie, you can cheat, and you can try to hide, but you can’t fool Naughty Raven! Guess who was waiting for Trump at the bottom of Scott McNealy’s driveway with six big protest banners that morning? Sure felt good to look that imposter straight in the limo, and show him what we thought of him. ABC, NBC, Fox, the Mercury News and the Chronicle covered us on video and in print; but journalist Casey Tolan’s video and photos best capture the feel of being with us, where the motorcade slows to turn. (Clicking on these links may take you to external websites with different Privacy Policies from ours.)

“Shame on you” chants as Trump’s motorcade pulls out of fundraiser pic.twitter.com/eyo1MUWiAY 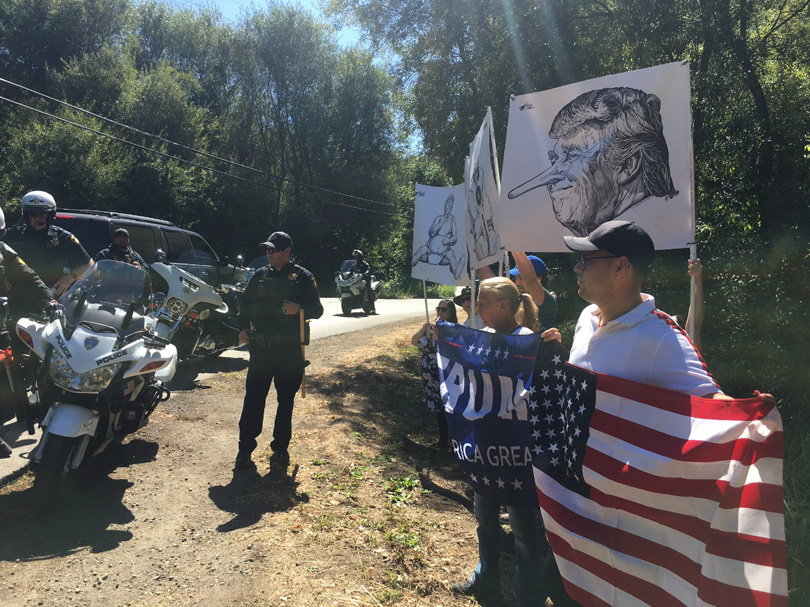 Two of our banners — Trump Silenced and True Trump — made it into SF Gate’s Most Striking Signs and Costumes from the Women’s March. 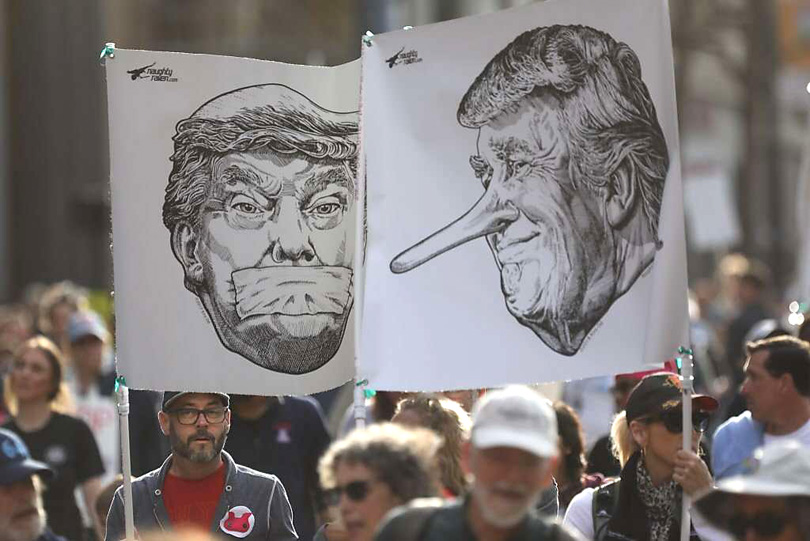 While we blew kisses to Security agents and hollered at large buildings on the Stanford campus, Naughty Raven’s banners quietly made their points.

Our Thumbs Up Trump banner made it into SF Gate’s Most Striking Signs from the Bay Area Women’s March Protests. 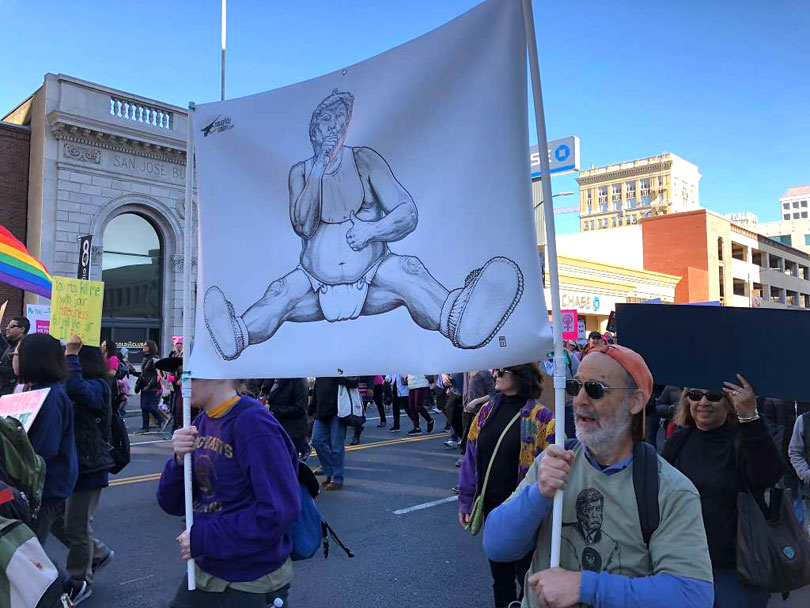 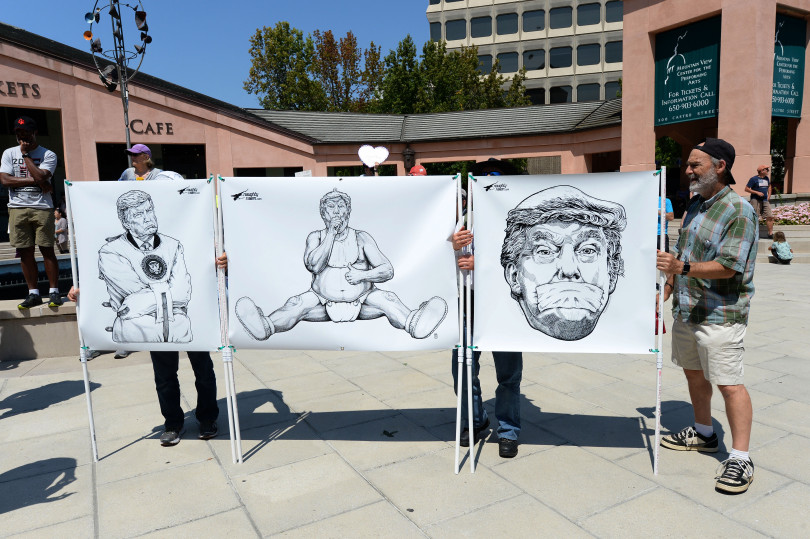 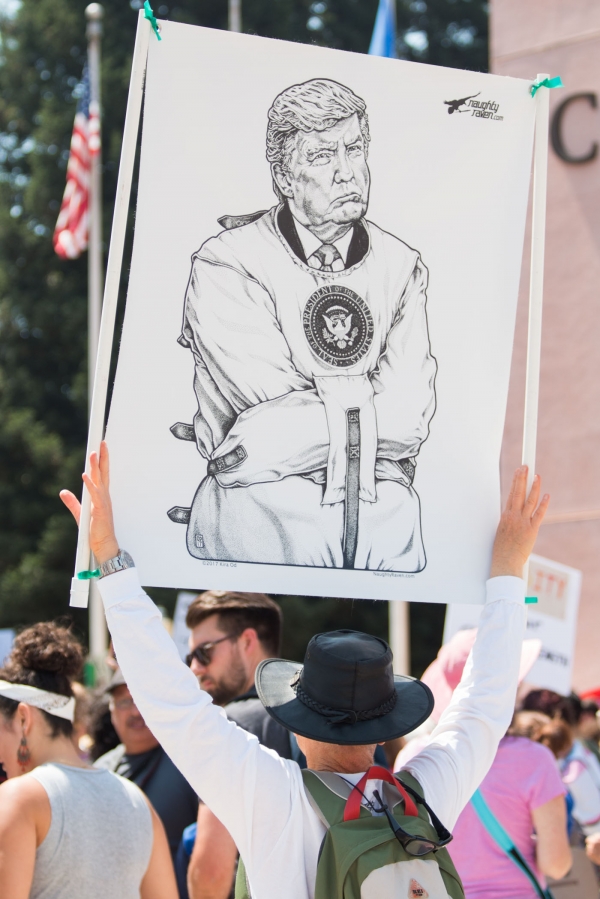 Senator Franken wrote an enjoyable and informative account of his successful transition from popular comic to US Senator in spite of lousy odds. Then, perplexingly, he resigned in 2018, over some perfectly good jokes. (Some people have no sense of humor.) His book is still available from Amazon and local bookstores. 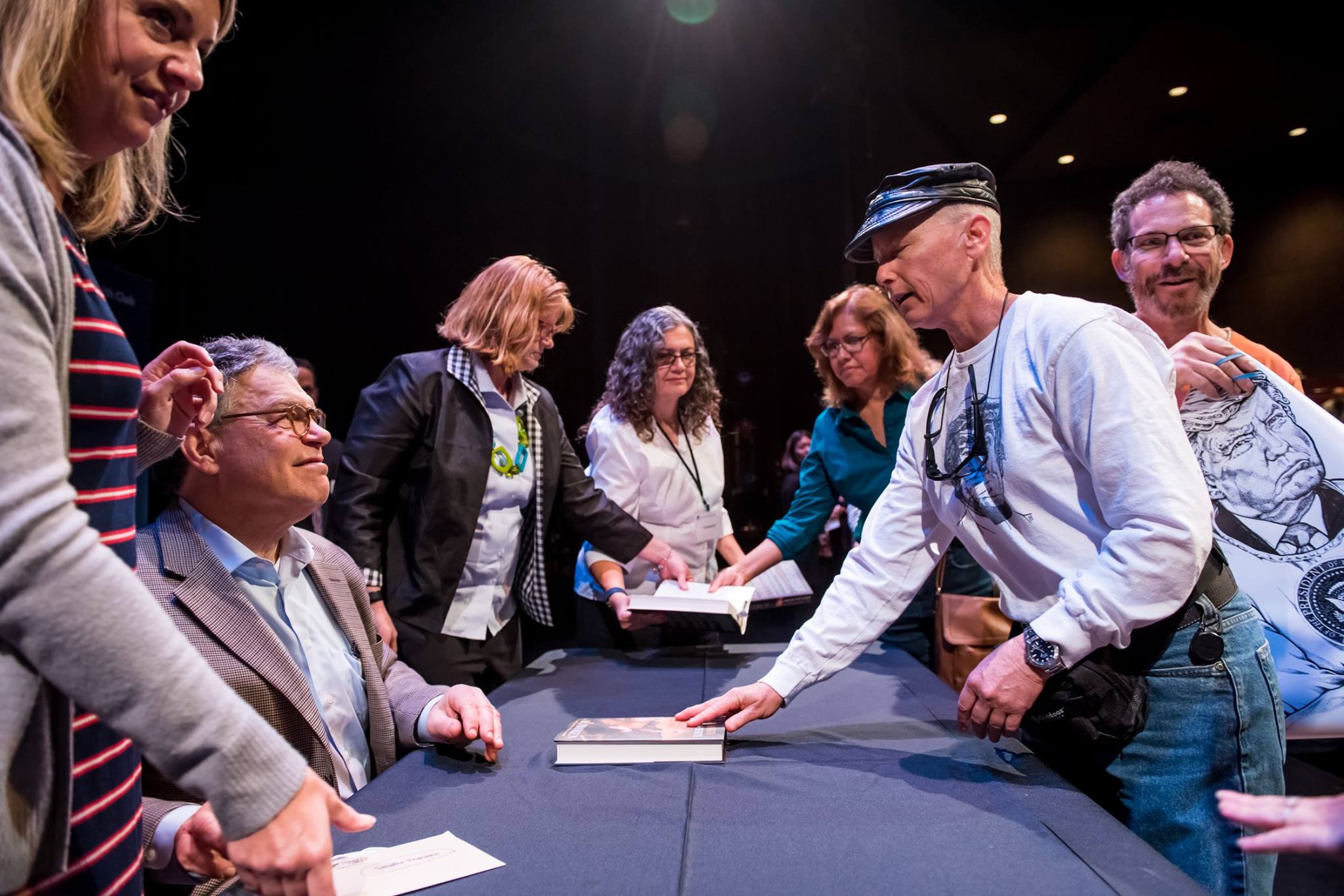 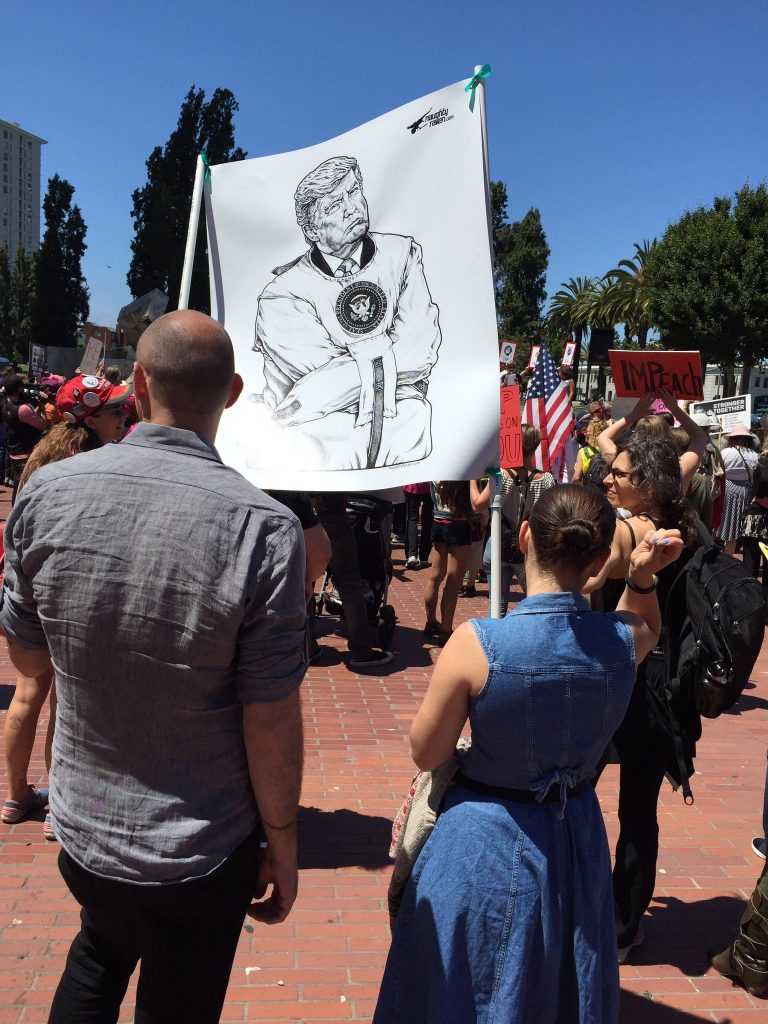 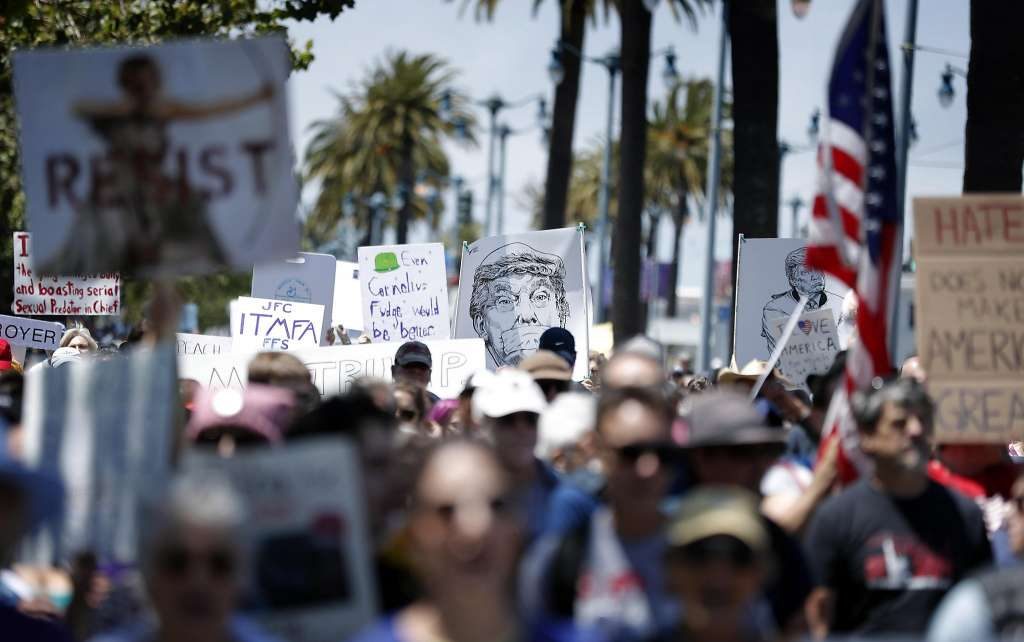 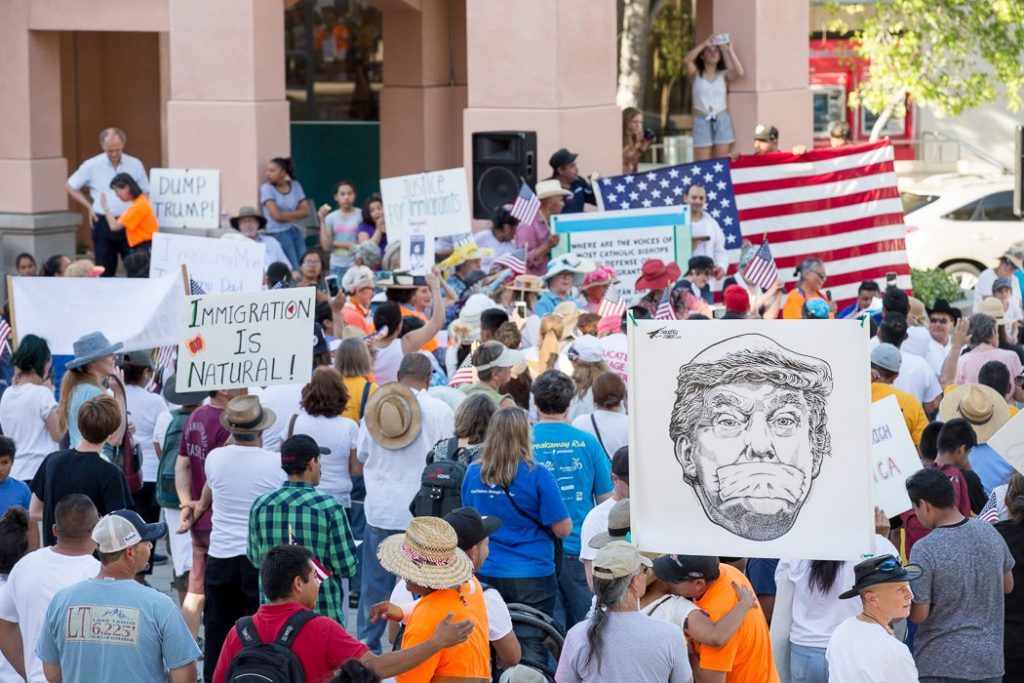 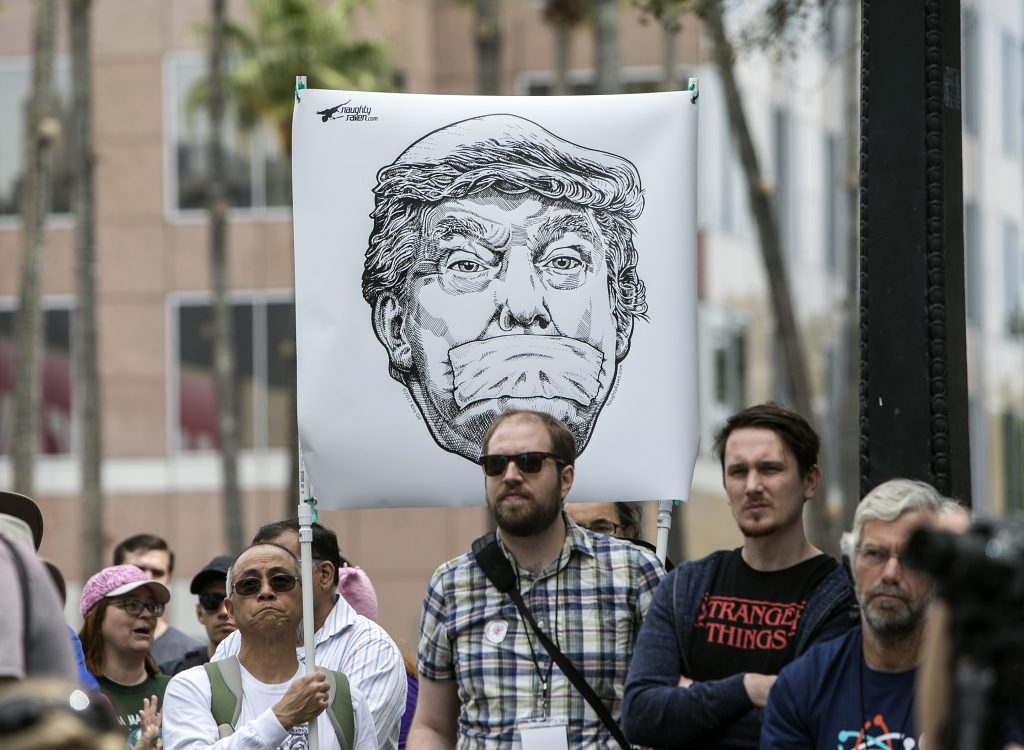 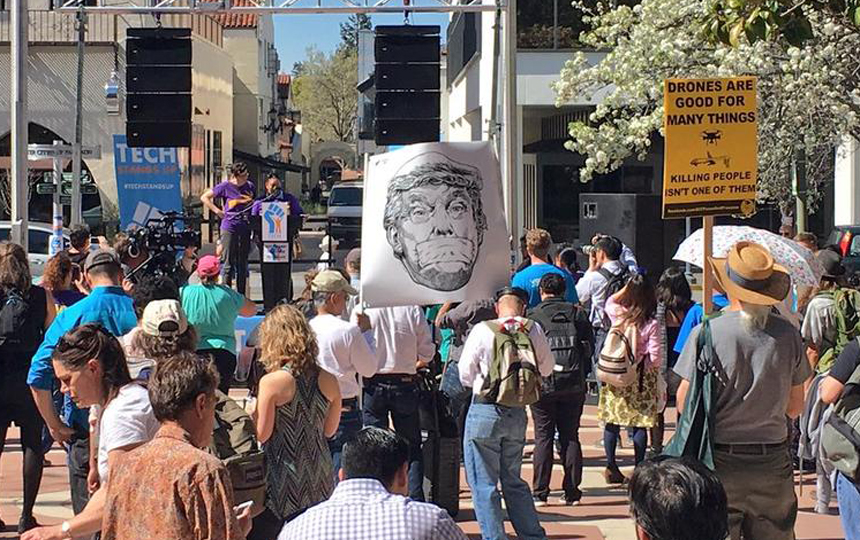 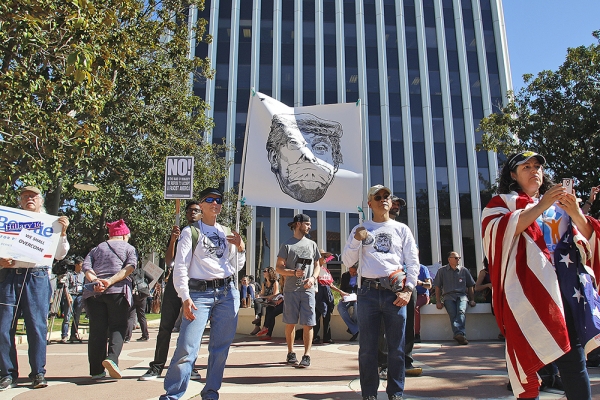 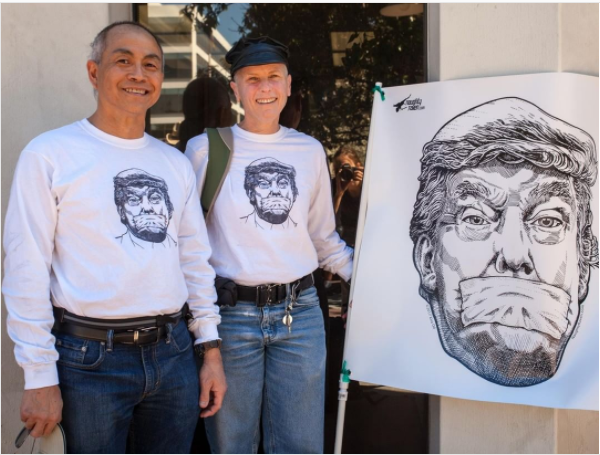